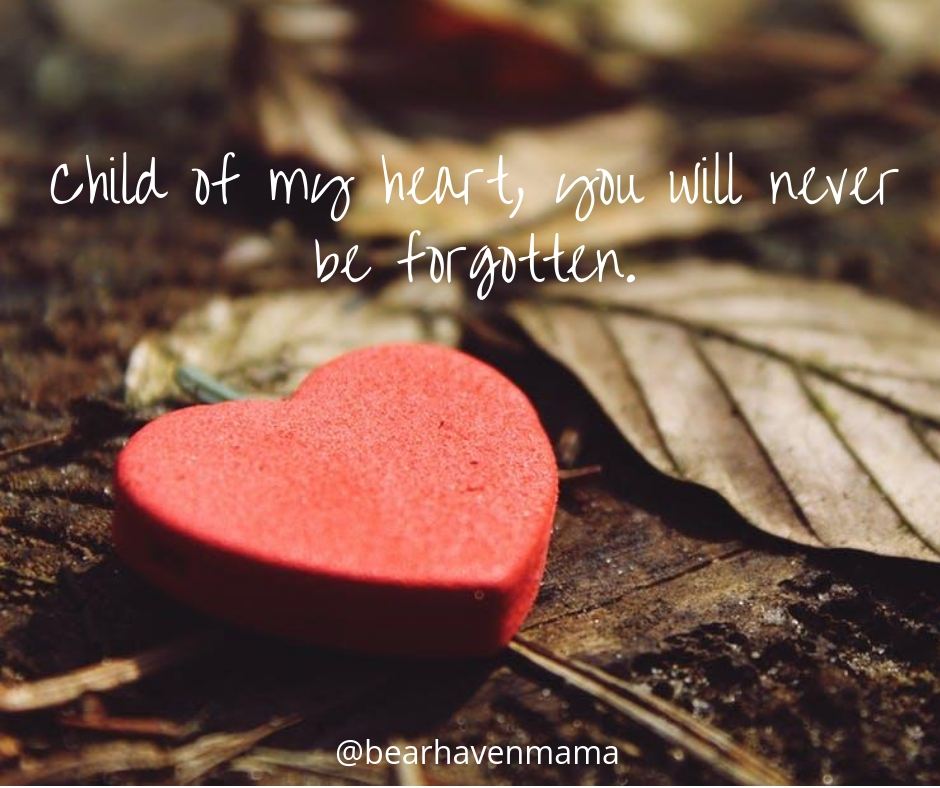 There were two. Two babies that I did not get to know, two babies that grew for a brief time in my womb. It is possible there was another. I think I had an early miscarriage last fall, but I did not know I was pregnant until after it happened. The first baby I lost, I think of often. It is not that I did not want the other one because I did. However, the first one I lost, well…I felt him kick me. I felt him move. I heard his heartbeat. I held him in my hand, and I think…I think how much Miss Crankles would have loved to have him as a playmate. I think of how the big kids would have spoiled him like they spoil Crankles. I think how he would have been five this summer.

*This post contains affiliate links, which means I may receive a small commission, at no cost to you, if you make a purchase through a link! Misfit Mama Bear Haven is a participant in the Amazon Services LLC Associates Program, an affiliate advertising program designed to provide a means for sites to earn advertising fees by advertising and linking to amazon.com.*

The thing that has hurt the most for me all these years was how he was so wanted and how unfair it all is because it is. For those of you who have followed me for a while and know my story, you know how much this broke me. I share about my thoughts and feelings though because it is somehow healing, but also, it is because I know that others feel the pain I have felt.

There is still so much stigma on sharing about pregnancy loss and stillbirth. I have found that most people generally just don’t know what to say. People will say things that sound awful, but they probably won’t mean it that way. It hurts. It hurts to have this pain. It hurts to mourn for a child you barely got to know. It hurts when people tell you to get over it. However, I just want you to know that it is okay to mourn, and it is okay to need time. Everyone has their own pace.

For those of you who have lost a pregnancy (or pregnancies) or have lost a child, I hold you in my heart. Your baby is not forgotten. Your baby was loved.