Why having an Age Gap Between Kids is Hard 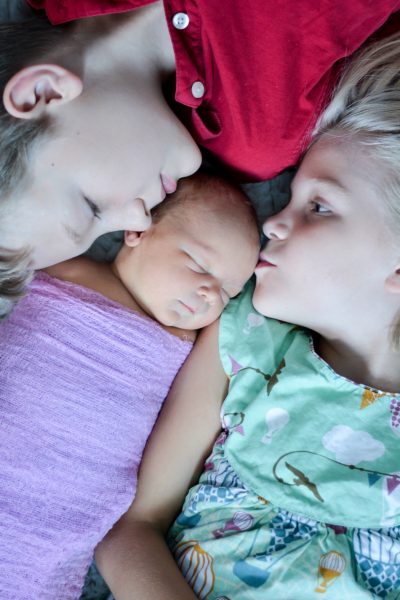 I would like to start off by saying that I love my kids all so very much and feel I am super lucky to be their mom. If I was to be given another child, I would love that kid to death too. We never intended to have a huge age gap between my younger two kids, but if you have read my “Journey to Baby” and “Miscarriage” stories, you know how that happened.

I always thought that having the big age gap would make everything so much easier, especially with the transition to three kids. Bubby and Sissy were 11 and 8 when Crankles joined us. I assumed that the age difference would take care of things like sibling rivalry between them and middle child syndrome. Man was I ever so naive!!! I also thought it would be super easy to take the kids to all their activities. Yeah, wrong again. I probably should have read up on how to make all this easier or tried to prepare myself somehow, so instead, I am going to try to prepare any of you who may end up with a large age gap so that you end up enjoying the experience more and stressing less.

When Crankles was born, I never thought middle child syndrome would ever be a thing because there was eight years between my two girls. I still made a point to do special things with both of my older kids and thought I was doing everything right. However, I did not realize that even small changes in routine would set my older daughter off and make her feel like she was less important. It started with bed time. For most of Crankles’ first year, she DID NOT SLEEP. I don’t mean the cries for a few hours with colic and then sleeps now and then. No, I really mean she would not sleep. I would be able to get her to sleep for about an hour and a half right before I put the big kids to bed. The goal was to do their routines as quickly as possible before all hell would break loose and Crankles would go to nursing and waking every 20 minutes for the rest of the night. My husband was gone for weeks on end for his job, and this was one of the big reasons we ended up moving. I needed him in a position where he was home more to help share the load because I was exhausted. Because I was exhausted, I tried to rush the bedtime routine. My son didn’t mind too much, but my older daughter saw it as her baby sister taking over her time with me. Me, well I was pretty much of the mindset that I was going insane and just wanted some sleep, even if it was an hour. I never thought this was as big of a deal as it turned out to be.

Here is what I should have done instead:

Honestly, with the older two kids both being cranky babies, I should have known that the possibility that she would have been cranky too was high. I should have worked on shortening the bedtime routine little by little while I was pregnant. I also should have had the chat before she was born that some of these things might have to change temporarily in order to work out something that would have made the transition smoother. To abruptly change things with kids doesn’t work so well in many instances, and me being exhausted left me without a lot of patience.

Every day, we are bombarded with images and stories on the internet and social media about moms who got their pre-pregnancy bodies back in a month or who are doing it all soon after birth leaving the rest of us to sometimes feel inadequate if we aren’t doing the same. I had the kids in way too many activities, especially as a mom whose husband was a way a lot and not able to trade off now and then. I did not want the new addition to our family affect the kids’ social time. Being a homeschooling mom, I sometimes fall into that trap where I don’t want anyone to say my kids aren’t socialized, so I over-socialize them to the point that we are all exhausted. Yeah, I totally did that after Crankles. It led to two things: one was that I had too much on my plate. The second was that I was extremely lonely.

Nobody told me how lonely it would be at times, and it was. I assumed that everyone would gush over baby, and that I would always be included. The thing is that she was cranky, and I found myself walking hallways alone while all the other moms got to socialize, and it left me feeling bitter. Because I went full steam ahead, as in I held a party at my house for a blogging opp a week after she was born, my kids expected me to keep that pace during the worst of Crankles’ revolt against sleep. Because I was lonely, tired, and dealing with PPD, I felt left out and a little bitter.

What should have happened instead:

Honestly, I should have given myself more time to recover. I should have chosen one or two things that the kids could keep doing and put the other things on hold for later. I should have been honest with them and myself that I needed time to rest and to adjust. Instead, I created unrealistic expectations and then ended up hurt, upset, and lonely.

Some alternatives would include:

It honestly took me getting really sick the last couple years to really reach out and do some of those things. It has saved my mental health too, and I can honestly say that I feel like I am part of a group now because I am not expecting others to just automatically step in to do something. While that sounds nice in theory, it doesn’t work because sometimes others think you don’t want help, got everything covered, or don’t know how you really feel.

I am not saying this all to scare you. That is not my mission at all. Having a baby is truly awesome. If you have a large age gap due to a surprise pregnancy or a long journey for that little addition, as was my case, it can leave you a little unprepared…not just in the whole not having any baby stuff department but in the mentally preparedness part of it.

The big thing to remember if you take nothing else from this is that Communication is the Key!!! Write that down. Imprint it into your mind. You need to communicate with your partner if you have one, your kids, your family, and your friends. Let them know what changes are coming, your expectations, your concerns. Keep talking.

Being prepared lets you enjoy things a little more because after all, if you wait 9+ (ish) months for this little being to be in your family, you sure as heck want to enjoy every moment of this small part of her life because really that baby stage is really short.

If you have already been through this or if you have a story or something to add, please feel free to do so in the comments below. We are all in this together!

On the subject of Grief, Miscarriage, and Fertility