How Motherhood Changes as Your Kids Get Older 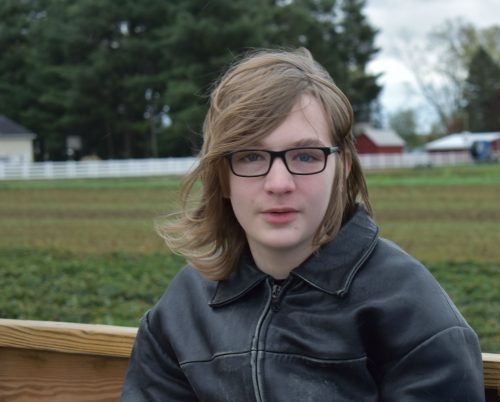 Tonight, I got frustrated at my 15 year old. He apologized for something he had done earlier but didn’t understand why I was so upset. It was something to do with school work because lately I have been a little harder on him about getting things done and my expectations. He wants to go to college, and I want him to be prepared. However, when I told him that tonight, I almost cried because I also told him that I worry because I know I only have three years left until he is an “adult.”

*This post contains affiliate links, which means I may receive a small commission, at no cost to you, if you make a purchase through a link! Misfit Mama Bear Haven is a participant in the Amazon Services LLC Associates Program, an affiliate advertising program designed to provide a means for sites to earn advertising fees by advertising and linking to amazon.com.*

I am going to be honest. I am not ready for this. Granted, I don’t feel like I am ready to have a teenager either, but I guess that is a little late seeing as how he has been a teenager for a few years. Next year, I will have two teenagers. Let me just say that nothing can truly prepare you for this stage either. I thought I was going into it totally ready to rock it, seeing as how I had twelve exchange students over the years in my home. Yeah, it is totally not the same. As he tries to figure out who he is and who he wants to be, he tests the waters daily in that quest for independence. Let’s just say that we don’t see eye to eye all the time about his opinions. He is a pretty cool kid though, and he has been pretty resilient and a great ally to me as I have been having health issues the past few years. Sometimes though, his logic defies all reason.

I look at his baby sister sometimes and see him. He and his baby sister are so much alike that it is scary. When I see her doing something he used to do, it is so hard to think that I blinked, and now he is fifteen. I am so scared sometimes. I worry that I haven’t prepared him enough for adulthood. I fear that even though I am trying my best that he will get hurt. The whole fact that he will be sixteen next year and wants to learn how to drive…scary as hell. What if something happened to him? I don’t think I could handle that. Sometimes, I just want to push back time and make him a little boy, just for a little bit longer so that I can protect him from the cruel world.

I know that sounds pretty awful. I do want him to spread his wings and fly. I know he will do great things. The things that kid can do with a computer is nothing short of genius. He has fixed computers for me, friends, and even my husband’s boss. He has such a big heart. The kid threw a surprise party for me last year because he knew that I didn’t celebrate my birthday much on account of having one too many really crappy birthdays. It makes me think that maybe he will be ready when he finally leaves the nest.

As mothers, though, we worry. As they get older, sometimes it is scary to think of the next chapter. While we have sleepless nights when they are little, and we find ourselves talking about bodily functions a little too frequently, I have found that we also lose sleep as they get older too, but for different reasons. Our kids will get bigger and act like they need us less as they yearn for independence, but I find that they still need us, but it is in a different way. It hurts too as we lose that snuggle time or those little moments of silliness that we have when they are little. I was thinking about that earlier tonight too as I snuggled up watching Elf with my youngest. My son swore that the movie was real and based on Buddy’s real life. God, I miss that.

As hard as it is, I need to work on putting my fears to rest and focus on just being a mom. That means guiding my kids, teaching them right from wrong, and trying to prepare them for that big world out there. It hurts sometimes, and as they get older, it looks so different than it did when they are young. However, I find that even when they push you away, it is not forever. My son still gives me the biggest hugs at night, and let me tell you, it means all the world to me.